At this moment in UK history, more money is needed to fund the NHS, schools, roads, railways, airports and other national infrastructure, Trident, foreign aid — and to fund 500 million sterling worth of renovations to the House of Commons.

Money is certainly the problem, as more money would solve all of those issues and many more.

Unfortunately, some governments ‘rob Peter to pay Paul’ but with little change in the total amount of revenue actually collected by the government.

Which is why governments everywhere are always on the hunt for more money.

Some observers think that governments dismiss attempts to increase revenue via increased trade with other nations too quickly and move to their particular default mode.

Where Could the UK Find 1.3 Billion Consumers Wanting to Buy British Goods?

All the UK government must do is to reach out to India’s leaders (especially post-Brexit, but nothing stopping them from getting started now!) in the interests of ramping-up trade by at least one order of magnitude.

Why should India purchase trillions of rupees worth of goods from non-Commonwealth nations when they could purchase them from the UK?

Why does India purchase their aircraft carriers from Russia, their fighter-bombers from Russia, other significant navy ships from Russia, and billions worth of goods from China, the southeast Asian nations, and the United States?

A century ago, Great Britain’s trade relations with India were booming. Shipyards couldn’t build ships fast enough to keep up with the annual increase in trade.

Who dropped the ball?

Heads should roll for allowing that relationship to falter — a relationship of prime importance to both the UK and to India! 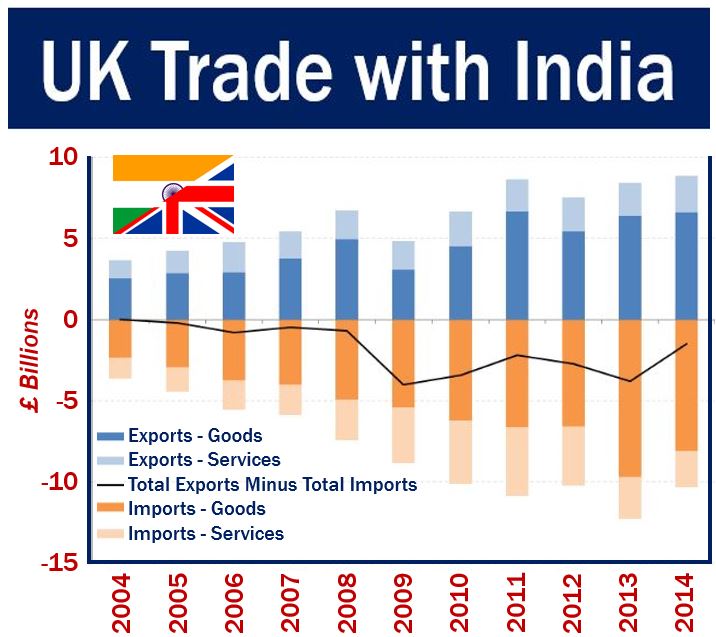 Instead of UK government departments fighting each other for funding, the government should work to ramp-up trade with India to increase Britain’s GDP by 5 per cent.

We need to get a piece of that rapidly growing and rapidly modernizing economy, and thereby add five per cent to Britain’s annual GDP.

Yes! More money will solve all of Britain’s spending problems… but it isn’t going to fall out of the sky and land in the Treasury building by itself!

Someone! Anyone! Perhaps the Prime Minister or the Foreign and Commonwealth Secretary (or both) along with the Queen should invite Prime Minister Modi of India and his high officials to London, for an unprecedented and long overdue re-look at the macro relationship between the two countries to see how increased trade could improve the economies of both nations, and how each nation can play to their own strengths and work to offset each other’s weaknesses.

Companies fight over ‘market share’ because that’s what companies do. And it is often a vicious competition.

However, governments have an unparalleled advantage here because they can increase the overall size of the market — which, using this metaphor, relates to UK GDP.

By dramatically ramping-up trade with India the government could increase GDP by five per cent, easily meet the spending requirements of all departments and still have the economic clout to run balanced budgets indefinitely.

This so badly needs to be done that Brexit is a side-show by comparison, although without Brexit it would be difficult to enter into new trade arrangements with any non-EU country.

In summary, Brexit is merely the means to an end — an end with a much stronger economy for both Britain and India, and a stronger Commonwealth partnership.