Should Theresa May Guarantee the ‘Rights’ of EU Citizens Living in Britain?

Many of Britain’s finest newspaper columnists, editors of some of Britain’s most prestigious publications, and even some British MP’s are calling for Prime Minister Theresa May to ‘guarantee’ the so-called ‘rights’ of EU citizens who live, work and play in the United Kingdom.

This might seem a noble idea at first — however, there is no ‘right’ for anyone to live or work in Britain — other than the rights that have been earned by British citizens. It was Britons who built the great nation we see today and they did it through hard work, determination and innovation. And older British citizens suffered through WWI, WWII, the Cold War, and various social upheavals and recessions to build the modern Britain. Well done, lads and ladies!

Why should similar ‘rights’ be conferred upon the citizens of other countries simply because they work, study or retire in Britain?

Do Britons have those ‘rights’ in the EU or in other countries? Why not?

The answer is; British expats will never be granted similar ‘rights’ to citizens in other countries no matter how long Britons live there. So why does this question keep coming up?

“It would be convenient for EU citizens and companies that EU citizens should be granted similar ‘rights’ to British citizens.”

Well yes, of course it would. And I view statements like that in the same context as;

“I would like a free Aston Martin delivered to my door today — and fresh-baked French bread delivered each morning.”

Righto. Allow me to get right on that. 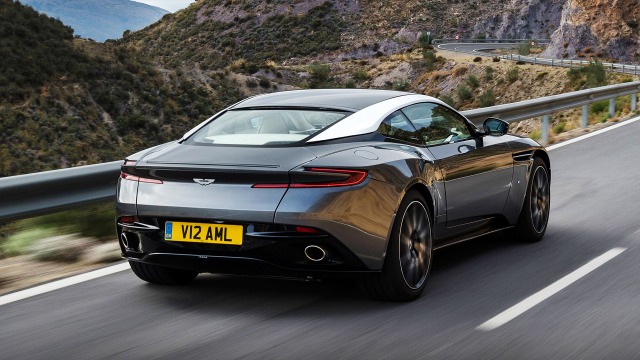 Why not just give EU citizens who live in Britain a free Aston Martin instead of free virtual citizenship and be done with it? It’d be cheaper in the long run.

How many other countries offer such ‘rights’ to the expats in their nations — as is being proposed by some in the UK?

Tourists are a completely different matter of course, and they are welcome anytime for stays up to 90 days. (This should be a standard rule in every country)

Britain’s tourism industry is a thriving enterprise — but it isn’t doing half as well as it might simply because Britons don’t see the attraction of Britain through the lens of foreigners. It’s a truly magnificent country that ranks first on practically every traveler’s bucket list. 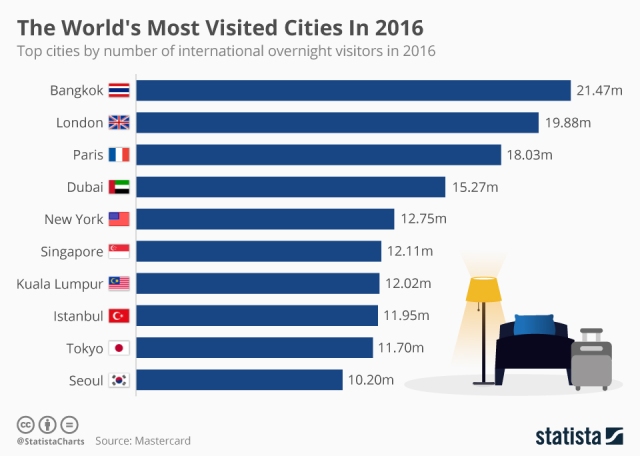 The World’s Most Visited Cities in 2016

Britain’s population of 65 million pales in comparison to Europe’s 439 million (for a pan-European total of 504 million in 2016) and it isn’t like continental Europe is running short of land, unlike the island nation of Britain. So why is London such a draw for EU citizens? Why do so many Europeans want to live in the UK?

Are there really 8 million foreigners in Britain?

According to widely circulated media reports there are 3.3 million EU citizens living in the UK, mostly in London, and without a firm border there’s likely to be double that amount by 2025 if Britain decides to award free (virtual) citizenship to EU citizens. There are many more non-EU nationals living in the United Kingdom but no UK government department knows that number.

Our Government has absolutely no idea how many EU citizens live in the UK but The Migration Observatory reckons it will take 140 years to process the 3.5 million EU citizens presently in the UK who may seek permanent residence.

It’s a privilege, not a right

It’s a privilege for anyone to visit, work, or to retire in Britain — not a right. 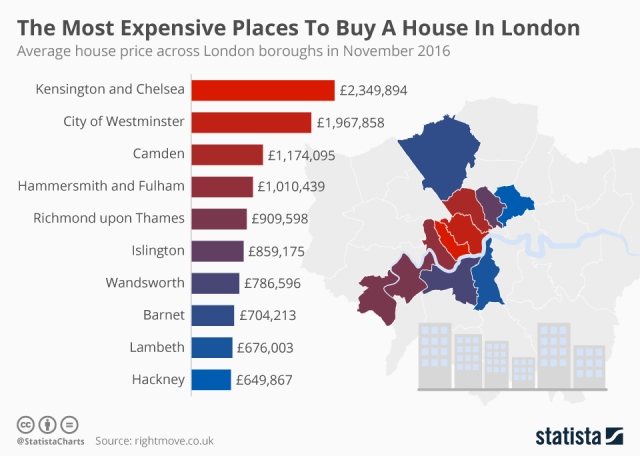 The Most Expensive Places to Buy a House in London 2016

I sincerely and respectfully urge Prime Minister Theresa May to give careful consideration to granting the citizens of any country any special ‘rights’ unless identical rights are legislated in those other countries for Britons. Although it seems reasonable to me that a slightly more favourable visa regime could be passed by the UK House of Commons for the citizens of Commonwealth nations.

But for nationals of any other bloc or nation, a yearly and easily renewable worker or consultant visa, student visa, retiree visa, family or medical reasons visa, or academic visa should be requiritur per UK imperium for those who plan to stay in the UK for longer than 90 days (e.g. ‘not a tourist or diplomat, but an expat’) and it should be available online for £100 annually at GOV.UK.

Do the math: Assuming 8 million expats x £100 annually = £800,000,000 in annual government revenue. Which would almost cover the costs of monitoring and protecting those 8 million foreign nationals, and covering their share of infrastructure costs.

Millions of Britons lived (and many died in combat) to build a better Britain, let’s not give it away for the sake of corporate convenience to those who won’t ever fight for Britain.

“Don’t it always seem to go, that you don’t know what you’ve got till it’s gone; They paved paradise and put up a parking lot!” — Joni Mitchell