Leaving the Floodplains Will Save Billions & Needless Misery Every Flood Season

Every year in the UK, billions of pounds sterling are spent to repair the damage caused by successive heavy rainfalls accumulating in the low-lying landscapes commonly known as ‘floodplains’… 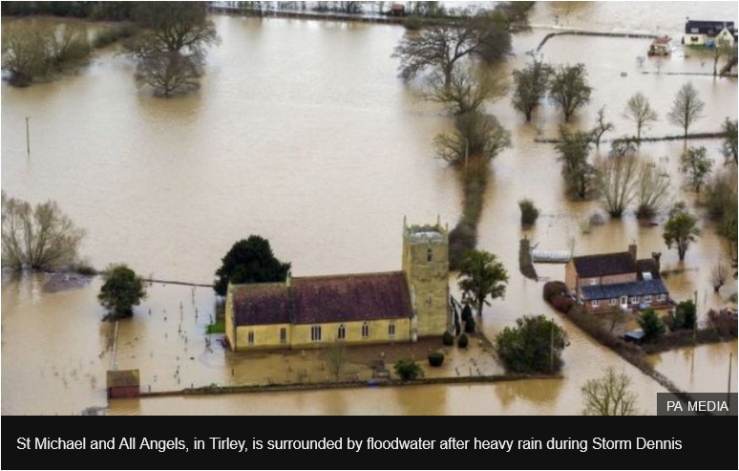 Isn’t there a better way?

Of course, there is, but do various levels of government have the overall vision, the foresight and the long-term committent to provide the funding to move every floodplain home, business, school, and other building (yes, even listed buildings would need to be disassembled brick-by-brick and carefully reassembled in a new location) up the hill far enough to get them out of the floodplain area?

Flooding costs the UK around £2.2 billion each year: we currently spend around £800 million per annum on flood and coastal defences; and, even with the present flood defences, we experience an average of £1,400 million of damage. — Foresight.Gov.UK (PDF)

Billions are wasted each decade and thousands of British lives are interrupted with devastating floods every year, and with increasing regularity as the climate continues to change.

It seems a no-brainer that the various levels of government would create legislation designed to prohibit construction of any new building in a floodplain, except for soccer fields, golf courses, or parkland and the like.

And it seems even more obvious that private insurance companies and the various levels of government in the UK would benefit from a (large) one-time government spend to move homes and businesses out of the floodplains — in order to save many more billions — over the next 25-years.

Aside from the obvious disruption to the lives of Britons, to local economies and to national GDP, there are the health implications of the millions of gallons of raw sewage that mix with floodwaters that inevitably wind up in people’s basements, high street businesses, factories, and even schools in low-lying areas.

“Over £200 billion worth of assets are at risk around British rivers and coasts and in towns and cities,and we are all vulnerable to the disruption of transport and power when a major flood occurs.” — Sir David King KB ScD FRS Chief Scientific Adviser to HM Government and Head of the Office of Science and Technology

British taxpayers who’ve been allowed by the government to purchase existing buildings or to build new homes in floodplain areas… deserve not only the compensation they receive after each successive flood, they deserve a new piece of land located well above flood prone areas… and to have the entire cost of moving their homes and businesses and reassembling them above the floodplain paid-for by the government they trusted when they purchased those buildings.

Although this would result in a significant one-time cost for the government (but spread over a number of years) it would be cheaper than continuing to pay year-in and year-out for flood damage to homes, businesses, schools and other buildings. Imagine the savings to the country over 25-years! 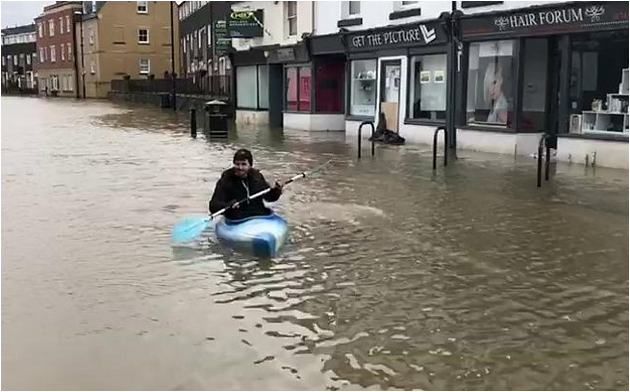 Billions are spent annually to repair damage caused by successive heavy rainfalls in the UK’s floodplains. Image courtesy of BBC.com

When the government is actively pursuing the well-being of UK citizens instead of merely reacting to such predictable disasters caused by the poor planning of previous governments, taxpayers will finally begin to feel they’re actually getting something of value in exchange for their tax contributions to the UK budget.

Yes, a Brexit trade deal with the EU is very important, but even that isn’t as important as the health and safety of UK citizens. In fact, the underlying reason behind Brexit was to allow the UK government to become more responsive to the legitimate needs of British citizens.

Now’s the time to prove this out in fact and in deed, Mr. Prime Minister!

One of the conundrums of EU membership for the UK has been the mass influx of people from the continent since 1993, but especially from 1998-onward. Some 8-million immigrants now call the UK home — of which 3.3-million are EU citizens who moved to the UK to work or study.

Suddenly dumping 8-million people (or even 3.3-million Europeans) into a country puts an unprecedented strain on the country’s housing market. Since 1993, property prices in the UK have risen to become some of the highest priced property on the planet sometimes pushing native Britons aside and into high-priced rental accommodations.

Although these mass migrations began in 1993 when the UK joined the EU (bereft of any referendum) the population of the UK had been holding near 57.7-million with almost no annual growth in the UK population. In recent weeks the population of the UK has surpassed 66-million. It’s easy to see from this calculation that the UK-born population only increased by 1-million from 1993-2018, while the balance of the country’s population increase (8-million) occurred as a result of immigration.

Therefore, is it any wonder that house prices are expected to fall once Brexit occurs and the UK government is again in charge of how many immigrants it lets into the country? Certainly the demand for housing and services will fall to equilibrium levels as supply once again approximates demand.

As long as unrestricted immigration continues any housing policy is doomed to fail no matter how well-intentioned. When numbers of immigrants rise or fall by the hundreds of thousands per year trying to fine-tune the UK’s housing policy is impossible.

The same holds true during the 2-year Brexit implementation period; Immigrants living in the UK may decide to return to their countries of origin at a rate the UK government won’t realize until well after it has occurred.

Assuming the government places a cap on immigration (of say, 200,000 per year) during the 2-year implementation period… it still leaves the variable of how many immigrants will leave the UK post-Brexit.

As you’ve correctly deduced from reading the above, TWO VARIABLES have been at play in the UK’s housing/immigration market since 1993. No wonder there’s been chaos!

Post-Brexit, there will only be one variable — and that one variable could still be a large factor in this equation — which is why immigration levels should continue to remain high-ish to level-out the expected crash in housing demand that will negatively impact house prices and rental rates.

In short, the UK government’s approach must be to utilize immigration levels as a lever to facilitate a stable housing market otherwise housing demand will crash and property values will fall precipitously triggering a mini-recession in the UK.

What is the Best Rate to Taper UK Immigration?

Last year, the UK allowed over 300,000 immigrants into the UK (great for UK businesses that depend on cheap labour) but it puts severe demand on housing and leads to vastly overinflated house prices.

Were the UK to drop immigration down to zero in 2020, not only would demand for new housing crash, it could also happen that large numbers of immigrants may leave the UK. How many? No one could say. It could be thousands, hundreds of thousands, or even millions.

How can you create a housing policy when your assumptions may be off by millions of people? You can’t.

Allowing housing prices to drop precipitously (even while recognizing those prices are at present vastly overvalued and must eventually return to reasonable levels) could wreak havoc with the UK housing market, with people’s lives, and with the UK economy.

UK immigration policy that follows evolving housing market conditions will allow allow a gentle and ongoing reduction in the outrageous housing prices in the UK’s major cities to something approximating a normal housing market.