In a recent poll, The Brexit Party is running at 34% sparking panic among UK politicians as support for the ruling Conservatives has fallen to 7%. 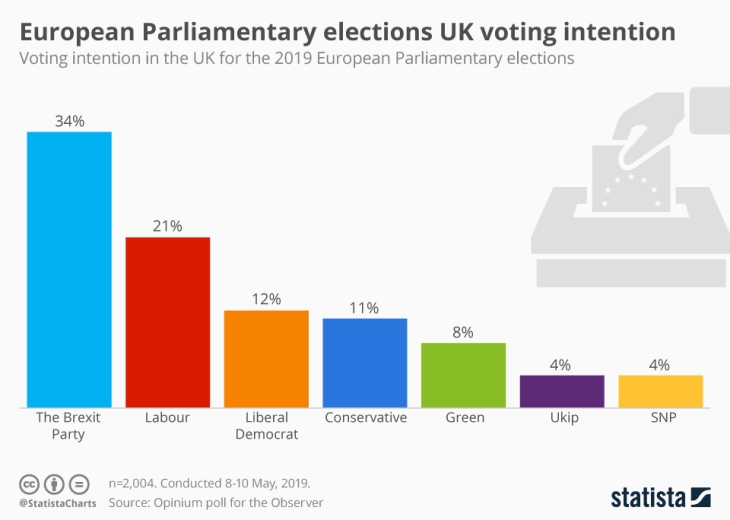 You will find more infographics at Statista

EXCERPT: “On Saturday, an Opinium survey for the Observer gauged voting intentions for the European elections in the UK. It revealed a surge for Nigel Farage’s Brexit Party which it placed on 34 percent, sparking panic among Tories and Labour. Support for the Conservatives has fallen to 11 percent, less than half of what the Brexit Party is polling. In the wake of the survey, senior Tory and Labour officials have issued desperate calls for voters to support them in the European elections. The poll suggests that the one-month-old Brexit party is set for a sweeping victory which Farage will use to reinforce his belief that the UK should leave the EU immediately without a deal.” — Niall McCarthy, Data Journalist, Statista

For more information about The Brexit Party, please see: