Welcome to London, 2020. You’re in the former Battersea Power Station where the British International Motor Show is being held this week! 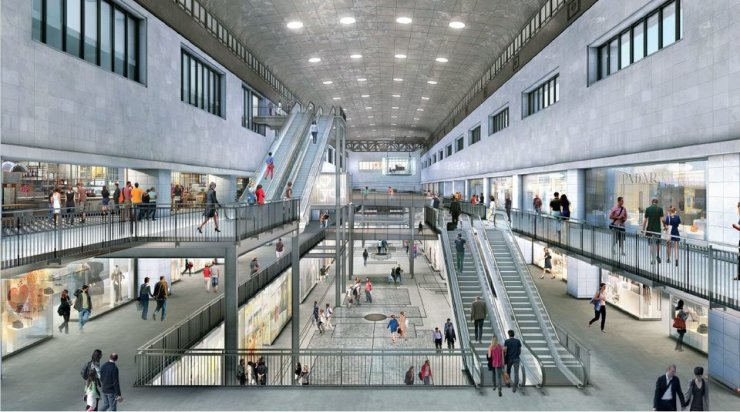 Aside from its obviously stunning design, the best thing about this car is that it can’t be stolen because unless the owner of the car is within a few feet of the car with his/her iPhone on and logged-in to the iDrive app, it is just a piece of aluminum, glass and plastic that can’t go anywhere. There’s no computer or operating system to allow the car do anything at all, save for the iDrive app in your iPhone or iPad.

No iPhone or iPad? Then you’re not the owner of the car. Because a matching serial number iPhone & iPad is provided with each Apple Car, with thumbprint security and as many passwords or login captchas as you want. It’s up to you.

Even if someone steals your iPhone and manages to locate your car, you can always “Log out of all devices and apps” remotely from any computer or smart phone on the planet — including the app that drives your beautiful new Apple Car. (Stolen car coasts to side of road, wholly inactive)

Now, that’s what I call a user-friendly car ownership experience.

And Brexit, You Ask? Pshaw!

Brexit came and went a long time ago. Neither Project Fear or the extreme Brexiteers were right; The UK coasted through 2019, Brexiting on March 29 as scheduled and other than a temporary blip in the markets things continued as normal. Yes, even the Sun rose in the sky the next day. Astonishing!

But not really. For all the hype, compared to other events taking place in the world Brexit turned out to be a sideshow. Only hyperventilating European politicians on both sides of the English Channel noticed Brexit.

After dipping to 1.2% GDP growth in 2019, the UK recovered and is now looking at 2% growth for 2021 — not due to Brexit — but due to the fact that Remainers are no longer sabotaging the UK economy hoping for it to fail so they could get their way.

Since the summer of 2019, the UK joined the USMCA (the new NAFTA agreement) and the CPTPP, and the new Commonwealth of Nations Free Trade Accord (CNFTA). In 2020, the UK has signed trade agreements with countries that have a combined population of 5 billion+ people.

A free trade deal with the EU (based on the excellent CETA agreement the EU has with Canada) is expected to be signed by the end of 2020 and go into effect on January 1, 2021.

Food shortages, rioting, family strife, civil war? Not a bit of it.

Enjoy the day Britons, legal migrants to the UK, and visitors! You’ve earned it.

Oh, and the UK and the EU signed a modified Withdrawal Agreement on the 11th-hour of March 28th, 2019. But you knew that.

By Letter to Britain in Brexit, post-Brexit, UK on January 6, 2019.
← Theresa May: Out of the Frying Pan and Into 2019 After 3-years of Lollygagging, Now They Want an Article 50 Extension? →

Leave a Reply to Letter to Britain Cancel reply