Thanks to the dedication of thousands of people, the problems that plagued Northern Ireland for decades have all but disappeared. While we mourn those lost during ‘The Troubles’ we must move forward and provide the best possible future for the people of Northern Ireland and the Republic of Ireland.

The best way to continue to move forward is for a ‘soft’ border between Northern Ireland and the Republic of Ireland so that free movement of people and unimpeded trade may continue along the 310 mile border.

A dedicated ‘Commonwealth and Ireland’ line at UK ports of entry

The smartest thing the Home Office UK Visas and Immigration department could do is to create a separate queue line at all UK ports of entry and mark it “Commonwealth and Ireland” so that people from Commonwealth countries or from the Republic of Ireland have a dedicated and streamlined entry into Britain.

In this way, goods and people can move much more efficiently between those jurisdictions.

Special Treatment at UK ports of entry: A ‘Nexus Card’ for frequent travelers between Ireland and any UK port of entry

Here in North America, citizens who cross the U.S. / Canada border can apply for a Nexus Card or an Enhanced Driver’s Licence — either of which dramatically speed border crossing times for holders of those cards — and not incidentally, lowers wait times for the people in the non-Nexus lineups because fewer people (or vehicles) are traveling in that particular queue.

The UK Government (UK.gov) Paper on Northern Ireland and Ireland 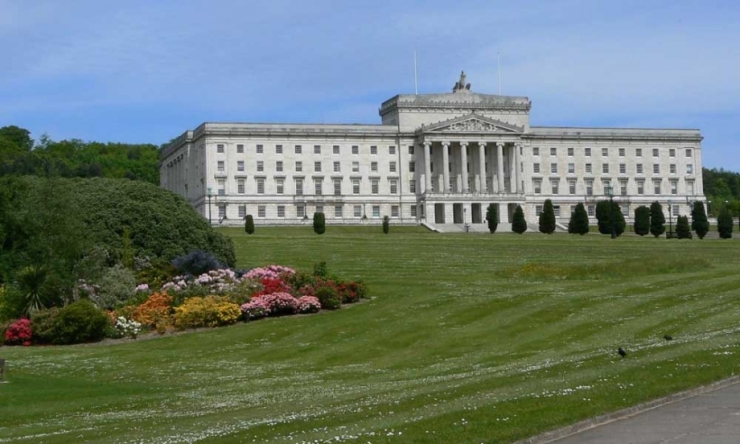 The Government has today published a comprehensive paper which outlines the UK’s position on addressing the unique circumstances of Northern Ireland and the land border with Ireland.

The position paper — which has been published ahead of the August negotiating round — states that the Government will protect the Common Travel Area (CTA) and associated rights for UK and Irish citizens, and put upholding the Belfast (‘Good Friday’) Agreement at the heart of its Exit negotiations.

The paper also puts forward proposals on avoiding a hard border on the movement of goods — making clear the UK’s position that there should be no physical infrastructure at the border — and plans to preserve the wide range of institutional cooperation between Northern Ireland, Ireland and Great Britain including for the energy market.” — From the UK.gov website

Trade Between the UK and the Republic of Ireland

Billions of pounds sterling in trade cross between the UK and the Republic of Ireland and a significant amount of it is spent in the small and medium-sized business (SME) trade. Keeping the border open, yet enhancing security will be a challenge for both the UK and the Republic of Ireland, but with good will and some visionary thinking it shouldn’t be too difficult to get an agreement that benefits the largest number of people.

For as long as the Republic of Ireland remains a member of the European Union it’s in everyone’s best interests to keep the soft border arrangement and to work together to enhance security on both sides of that soft border by any reasonable means.

If that means having facial recognition technology and vehicle license plate readers at all government buildings and properties, ferry terminals and international airports in Northern Ireland and the rest of the UK, it’s a small price to pay to preserve and enhance security for the EU, for the Republic of Ireland, and the UK including Northern Ireland.

The soft border between Northern Ireland and the Republic of Ireland must work for citizens of each country, for small (and large) business, and it must ensure a high level of security for both the UK and the EU. This is one Brexit negotiation that must succeed for the benefit of all.

By Letter to Britain in Brexit, Northern Ireland, UK on August 18, 2017.
← Why it’s Time to Lower Immigration from non-Commonwealth Nations Organic Food: Can Britain Capture a Growing Market? →